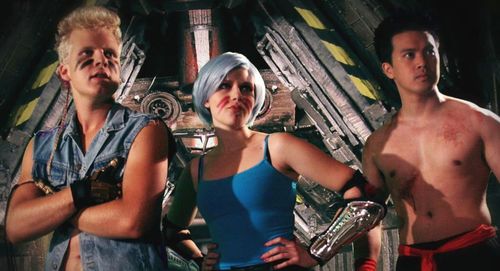 Their name is Astron-6. A filmmaking collective from Canada, the production team specializes in retro entertainment with a distinct wink, fueled by a love of eighties cinema and the freedom of no-budget creative challenges. Their debut feature, “Father’s Day,” was an unexpectedly hilarious, imaginative take on splatter shenanigans, cutting the toxicity of the gore with a sly sense of humor, articulated by a sharp ensemble of capable comedians. Astron-6 returns with “Manborg,” another dip into the warm waters of violent B-movie reverence, this time channeling “RoboCop,” Sam Raimi, and the “Mortal Kombat” video game to generate an acid-washed cornucopia of action and laughs. Short, silly, and superbly crafted with next to no money, “Manborg” is a delight. Read the rest at Blu-ray.com