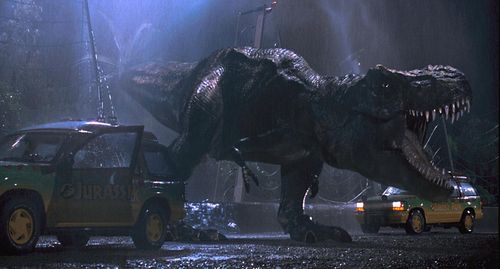 It’s not like Steven Spielberg’s “Jurassic Park” was a modest art-house release back in 1993. It was destined to be a blockbuster from the moment work began on the picture. An expensive, visually groundbreaking tale of dinosaurs run amok, “Jurassic Park” fulfilled its promise with enthusiasm and armrest-rattling suspense, supported by a level of Saturday-matinee-style directorial heft that felt like opening gifts on Christmas morning. It’s been two decades since the mighty T. rex first rampaged onscreen, and to celebrate the anniversary of this now-classic fantasy adventure, “Jurassic Park” has undergone a makeover, pushed and pulled into 3D, while an IMAX-approved sound mix carries the theme park chaos to new heights of eardrum-banging intensity. Read the rest at Blu-ray.com