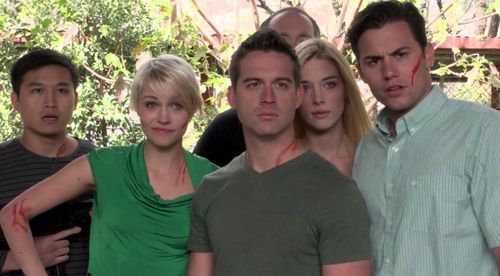 The key to 2010’s “Birdemic: Shock and Terror” was its sincerity. It was a genuinely awful feature from an enormously incompetent filmmaker, a man who thought he could match his idol Alfred Hitchcock in the suspense department, only to make a mind-numbingly tedious, technically disastrous picture about global warming, attacking birds, and young people dealing with vaguely defined vocational triumphs. Of course, it was hilarious to watch, leaning into every last creative pothole writer/director James Nguyen created, studying a movie that had absolutely no ambition beyond being a movie, and it often failed at that. Molded into a midnight movie phenomenon, sold on its badness, “Birdemic: Shock and Terror” transformed into something of a hit. And with any unexpected cinematic success comes a sequel, whether we want one or not. Read the rest at Blu-ray.com