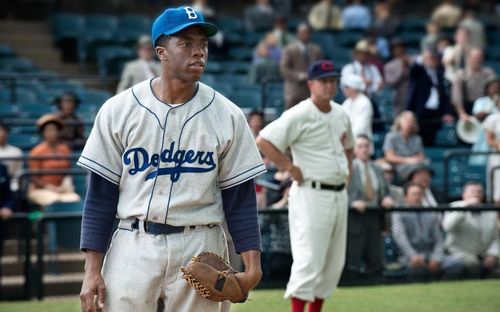 Jackie Robinson was a miraculous baseball player, but one would never know that after watching the bio-pic “42.” Instead of focusing on a sterling Major League Baseball career that lasted for nine years, the feature only covers Robinson’s introductory season with the Brooklyn Dodgers, where he faced torrential amounts of bigotry as he broke the color barrier. Racism is primarily on the mind of writer/director Brian Helgeland, and it often results in dramatic dead ends, beating the same drum of intolerance while a towering portrait of a sporting legend is left behind. “42” isn’t a baseball movie, it’s a flaccid, obvious melodrama with occasional moments of dazzling diamond activity. What a shame. Read the rest at Blu-ray.com