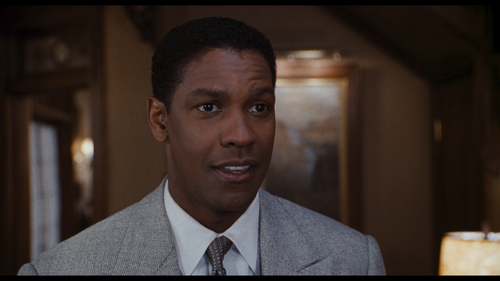 All the good intentions in the world can't help make 1996's "The Preacher's Wife" anything more than a mediocre movie. It's a shame, since there's some incredible talent working to bring the picture to life, to gift it wings of soaring gospel and cheery do-goodery, yet all the production can muster are a few smiles and an admittedly euphoric soundtrack. It's a remake, drawing inspiration from the darling 1947 picture, "The Bishop's Wife" (starring Cary Grant, Loretta Young, and David Niven), which is a fairly strong launch pad for the feature. However, the miracle doesn't carry for a second cinematic round, finding director Penny Marshall struggling to locate the pixie dust that should rightfully blanket every frame of the film, while stars Denzel Washington, Whitney Houston, and Courtney B. Vance fight to maintain a semblance of personality as the material gradually, and rather peacefully, falls asleep. Kindly to a fault, "The Preacher's Wife" has a big heart, but no sense of pace and conflict to sustain the viewing experience for an unnerving two hours. Read the rest at Blu-ray.com