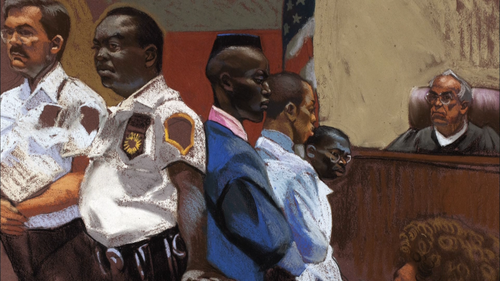 With "The Central Park Five," Sarah Burns enters the filmmaking scene, accepting the challenge of a documentary concentrating on a monumental perversion of justice. Of course, Burns has a few aces up her sleeve, bringing in husband David McMahon and father Ken Burns (the man behind such iconic programming as "The Civil War," "Baseball," and the recent "The Dust Bowl") to co-direct, joining the family business as a seeker of truth and an admirer of history. Those already in step with the Burns way won't be surprised by the look and feel of "The Central Park Five," but the story is unforgettable, detailing a nightmare scenario for five Harlem teenagers facing hard prison time and the condemnation of America for a crime they didn't commit. Read the rest at Blu-ray.com