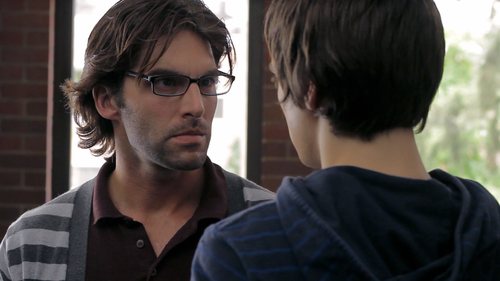 It's easy to admire "Judas Kiss" for its ambition to be original. It's another thing to actually sit through it. Attempting to avoid the pitfalls and clichés of gay cinema, "Judas Kiss" heads into a borderline sci-fi direction, often playing like the most sedate "Twilight Zone" episode of all time. Credit goes to screenwriters J.T. Tepnapa (who also directs) and Carlos Pedraza, who reveal a drive to juice up their work with strange occurrences and unexplained behavior, while pushing forward as a searing emotional experience concerning regret and sexual abuse. However, that's a heavy workload for such a modest movie, and the script's interest in magical realism is undone by half-baked characters and inconsistencies, keeping focus off the key elements of heartache Tepnapa and Pedraza hope will be strong enough to define the viewing experience. Read the rest at Blu-ray.com