Film Review - The We and the I 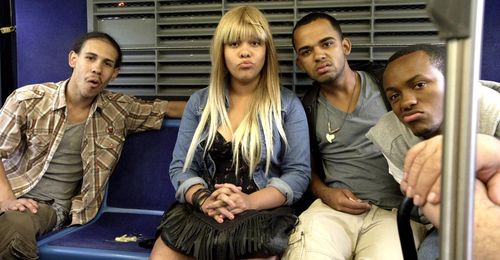 I like where director Michel Gondry’s heart is at with “The We and the I,” attempting to capture the impulse-driven behaviors of teenagers as they journey home together on a city bus. It’s a movie that’s loose and raw, using an ensemble of amateur adolescent actors to embody the free flow of emotions and reactions that typically follow characters of this age. Communicated with Gondry’s beloved sense of visual mischief and devotion to the art of the non sequitur, “The We and the I” is a production that’s worth at least a surface appreciation as it endeavors to make a film about kids starring kids. However, such ambition only carries the viewing experience so far, as most of the effort is strangled by a persistent unpleasantness and Gondry’s tone-deaf way with establishing sympathy for this public transit motley crew. Read the rest at Blu-ray.com