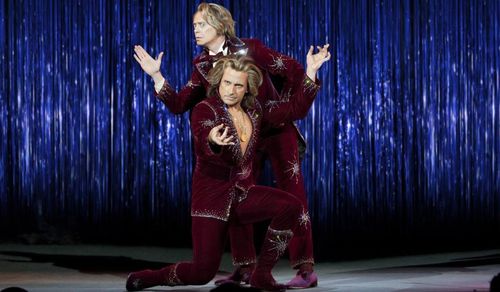 “The Incredible Burt Wonderstone” is a great title for a promising premise involving dueling Las Vegas magicians fighting for stage glory. Unfortunately, the feature moves beyond the basics to beef up a sense of character and fuel formulaic story arc ambitions, dropping its sense of cartwheeling absurdity to tend to a tale of spray-tanned rebirth I doubt few will be on the edge of their seats to see played out in full. Thankfully, it’s an entertaining picture when locked on silly business, and hilarious when the gifted cast is permitted to let loose pantsing casino entertainment icons long overdue for such a treatment. It should be funnier and tighter, but there’s amusement to be had for those who can endure a few considerable comedic roadblocks. Read the rest at Blu-ray.com