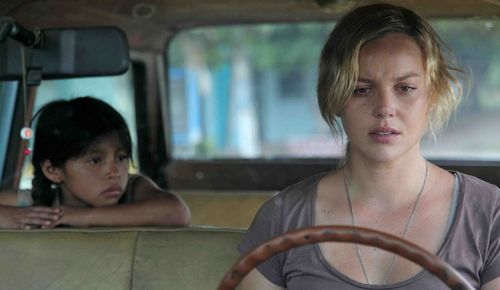 It’s been difficult to get a proper read of Abbie Cornish as an actress. She’s done some interesting work in pictures such as “W.E.” and “Limitless,” but she’s not a performer who commands the screen, preferring coolness of character and deep introspection. Often, this can read as simple disinterest. “The Girl” provides Cornish with a leading role of substantial weight and patience. In fact, the entire movie hinges on her body language, with the small-scale drama uninterested in outbursts of melodrama, instead holding to subtleties of thought and urgency to generate essential tension. Cornish is marvelous in “The Girl,” finally proving herself to be a formidable actress after years spent struggling to be noticed. Read the rest at Blu-ray.com