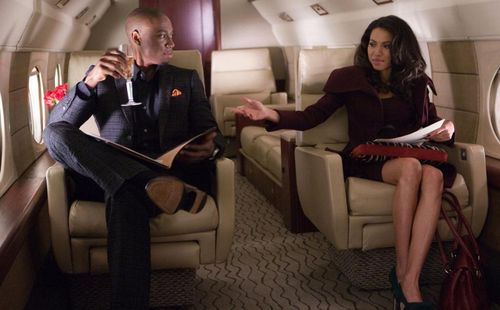 Tyler Perry makes two types of films: comedies and melodramas. He'll usually blend the genres to give his audience the most bang for their buck, but he's resolute in his directorial range, with "Temptation: Confessions of a Marriage Counselor" his most combustible picture to date, even out-heaving "For Colored Girls." A biblical parable dressed up as an unruly Perry extravaganza, the feature does a commendable job with fiery tempers and silky acts of seduction, showing signs of life as a cheap thrill for an audience more than happy to interact with the screen. Expectedly, Perry can't maintain the insanity for long, eventually drowning the effort in severity to make a chilling impression. Still, "Temptation," when it's just overheated and not apocalyptic, is engaging enough to pass, generating sufficient hullabaloo without taxing Perry's pedestrian moviemaking skills. Read the rest at Blu-ray.com