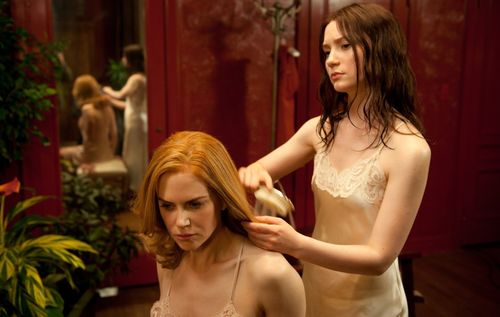 “Stoker” is Korean director Park Chan-wook’s English language debut. A master of the macabre, Park’s previous ventures include “Oldboy,” “Sympathy for Lady Vengeance,” and “Thirst,” solidifying his taste for the violent and the extreme, though he’s a very patient filmmaker, interested in manipulating his audience with baroque visual elements and suffocating emotional weight. Refusing to go Hollywood, Park retains his personality with “Stoker,” a vicious head-rattler of a feature that blends horror and raw psychological exposure, while inspecting a most diseased family tree. Unpredictable and enchantingly outlandish, the movie is often extraordinarily composed. Perhaps it’s far from perfect, but the atmosphere is deliciously thick with psychosis and the characters ideally unraveled. Read the rest at Blu-ray.com