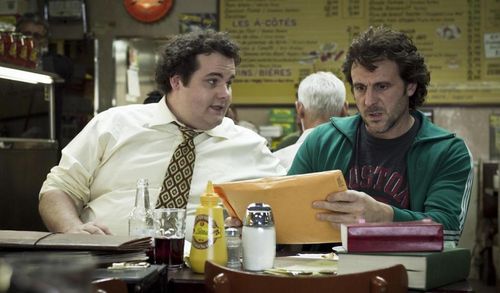 The premise of “Starbuck” (A French-Canadian production) promises a wacky time at the movies, dealing with accidental fatherhood, delayed adolescence, and persistent loserdom. Perhaps other filmmakers would’ve leaned into the potential of the tale, but co-writer/director Ken Scott is hunting for something more meaningful with this tender blend of mischief and maturation. A few laughs are offered during the feature, yet “Starbuck” aims for more thoughtful storytelling, doing whatever he can to separate expectations of slapstick from the effort’s gradual influx of concern, eventually forming a warm, sugary feel of humanity that’s a more inviting viewing experience than the exterior of the picture promises. Read the rest at Blu-ray.com