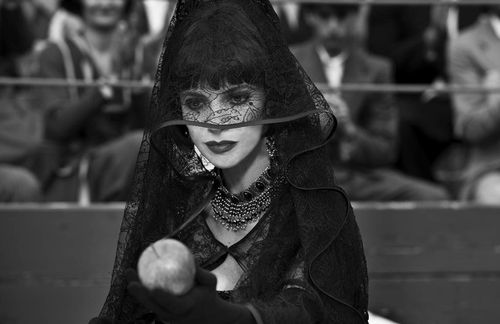 Even with the monster success of “The Artist,” the 2011 French production that cleaned up at the box office and took home Oscar gold, it seemed unlikely that similar silent film endeavors would follow. The Spanish feature “Blancanieves” is proof that perhaps a renaissance of the lost cinematic art form is in order, returning directorial ingenuity and blissfully exaggerated performances to the screen. It’s a humorous, heartbreaking return to old moviegoing habits, using fairy tale inspiration to emphasize heroes and villains while retaining a bittersweet quality that keeps the effort earthbound, despite a sense of humor that tends to carry the picture away at times. Read the rest at Blu-ray.com