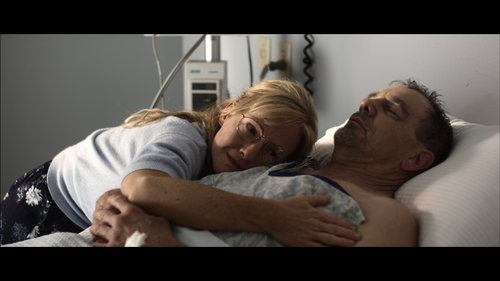 "Natural Selection" has all the hallmarks of an average independent production, with its HD cinematography, mild razzing of religious conviction, and unshowered performers embodying the middle-class and the borderline insane. Writer/director Robbie Pickering isn't shy about following trends, but he's also smart about storytelling, endeavoring to disrupt the norm with a strange tale of devotion and love buttered on a road trip saga where things often go horribly wrong for the lead characters. "Natural Selection" is a comedy, with excitable personalities and broad confrontations, but Pickering clearly loves these screwed-up souls, bending the material away from mockery, gradually revealing his sincerity in a manner that's contagious. Supported by marvelous performances and a prominent soundtrack, the feature satisfies and even surprises on occasion, introducing Pickering as a filmmaker with an interest in emotional content instead of serving up pedestrian acts of humiliation. Read the rest at Blu-ray.com