Blu-ray Review - Life on Fire: Wildlife on the Volcano's Edge 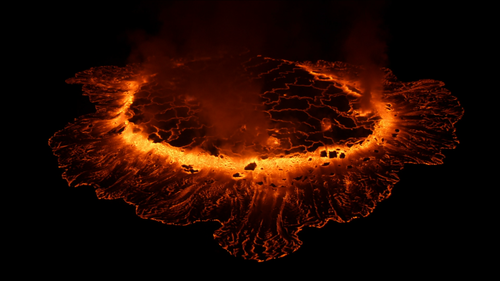 Volcanoes are mysterious, terrifying, and quite beautiful from a safe distance. Their secrets are nearly impossible to discover, buried deep in the Earth under layers of lava and furious gases, requiring a fine touch of science to extract samples for study, and even those efforts aren't nearly enough to understand the fury that powers these fire-belching titans. Endeavoring to paint a larger portrait of volcanic activity, director Bertrand Loyer has assembled "Life on Fire: Wildlife on the Volcano's Edge," a six-part series that inspects the balance of nature that sprouts up around these danger zones, heading around the world on a mission to understand instinct, survival, and risk with an epic cinematic sweep that provides atypical access to creatures conducting daily business in the shadow of certain doom. Read the rest at Blu-ray.com