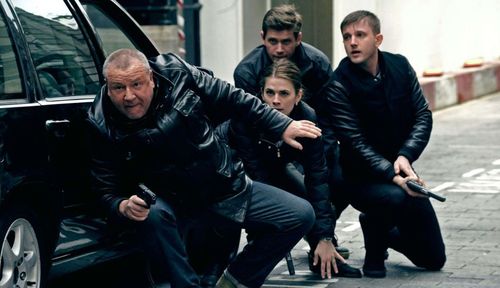 “The Sweeney” is based on a British television series that began life in 1975, making its American theatrical run a little on the baffling side, though one should never doubt the drawing power of Ray Winstone. The beefy, growling actor makes a fine if familiar impression in this hard-charging actioner, gifting depressingly conventional material a personality as the story high-fives every cop movie cliche imaginable. Regardless of predictability, “The Sweeney” has its share of thrilling moments and inventive showdowns, managing a sufficiently entertaining ride when it allows Winstone and the cast to fulfill their bruiser promise. Read the rest at Blu-ray.com