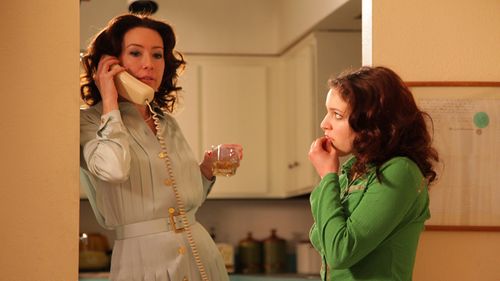 “The Playroom” is a disappointing film with an intriguing premise. Dealing with insecurities and marital dissolution in the 1970s, it’s fair to compare the feature to Ang Lee’s 1997 effort, “The Ice Storm,” which also mined the same material, but to greater effect. “The Playroom” doesn’t share the same narrative drive or depth of emotion, instead coasting on a tedious wave of anticlimactic incidents, weaving metaphorical content with half-realized melodramatic confrontations. It’s a misfire from screenwriter Gretchen Dyer and director Julia Dyer, who can’t connect the puzzle pieces, resulting in a movie of attentive performances working through ill-defined storytelling. Read the rest at Blu-ray.com