Film Review - Raiders of the Lost Ark: The Adaptation 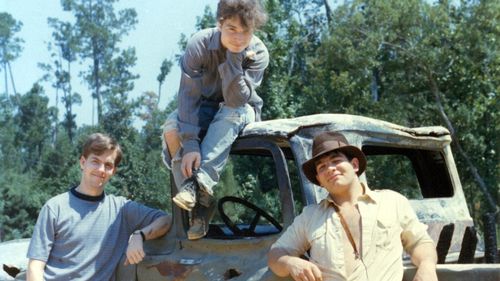 Imagining yourself as Indiana Jones in the thick of adventure wasn’t a difficult task during the 1980s. He was a fixture of screen heroism and pre-teen cool; a surrogate father for adolescent boys with bottomless imaginations. However, what would happen if the adoration, that pure impulse of cinematic love, turned into extensive homespun flattery? What if three boys from Alabama, still tipsy from their “Raiders” theatrical experience, decided to create their very own backyard version of the Steven Spielberg gem, armed only with sky-high intentions, collective allowances, and a Betamax camera? Read the rest at Blu-ray.com