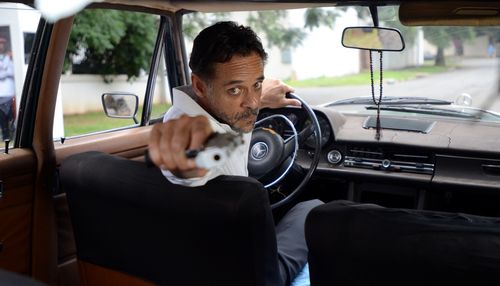 Why should Liam Neeson have all the fun? “Inescapable” is a rather brazen attempt to rework the “Taken” formula with a different lead actor, asking Alexander Siddig to suit up as a raging father on the hunt for his missing daughter. While the feature has a fiery attitude and Siddig’s full commitment, it’s also painfully clunky, clearly unprepared for the challenge of a revenge film. Although politically aware and careful with its handling of pre-war Syria, “Inescapable” doesn’t have the juice normally associated with such violent entertainment. Its interest in characterization is admirable, but there’s little firepower where it counts the most. Read the rest at Blu-ray.com