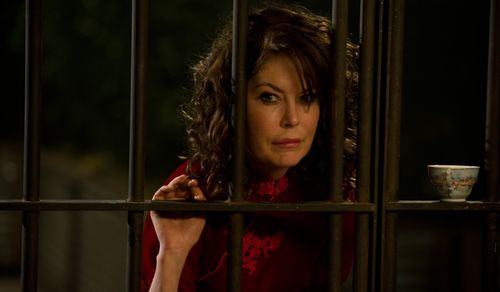 In January they were witch hunters, and now they’re getting high. “Hansel & Gretel Get Baked” returns the fairy tale siblings to the screen, this time reimagined as a pot-loving, crime-solving young woman and her picture-snapping, straight-laced brother facing off against a drug-dealing witch. Obviously, it’s not a traditional retelling of this classic story of temptation, but more of a bizarre gorefest punctuated with a joke or two. Considering the ridiculous title and the production’s lack of budgetary might, “Hansel & Gretel Get Baked” might come across as an overlong, underwritten late night television sketch, but there are a few highlights here worth waiting around for, especially for those with a hankering for motivated no-coin, bottom-shelf entertainment. Read the rest at Blu-ray.com