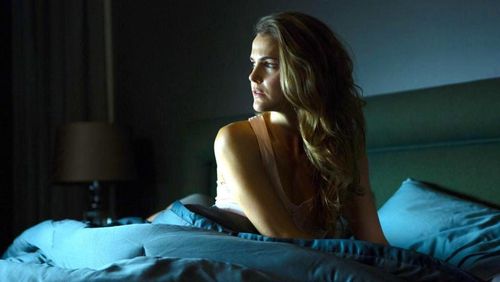 Scott Stewart is a former visual effects artist who’s directed two major features: 2009’s angel revolt picture “Legion,” and the 2011 sci-fi actioner “Priest.” With that type of gloomy filmography, the prospect of spending more time with Stewart’s blurred cinematic vision is less than appetizing. To write that “Dark Skies” is his best effort to date is a tad misleading but undeniably true. It’s not a profound movie, but technically competent, while huffing Spielberg fumes in a big bad way to pay tribute to the man who made the ultimate alien invasion event. “Dark Skies” contains promise in its earliest moments that suggest Stewart has finally broken out of his carbonite brick of mediocrity and found material that benefits from his nondescript touch. However, it all eventually falls apart. Although, compared to “Legion” and “Priest,” it’s more of a gradual comedown instead of a free fall without a working parachute. Read the rest at Blu-ray.com