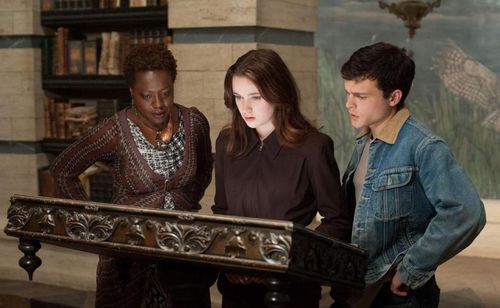 “Beautiful Creatures” explores a romance between a slack-jawed mortal and a magical being, it features characters performing spells and dealing with a lifelong burden of destiny, and a few of the participants sport wild outfits and colorful hairdos. The movie is also based on a blockbuster series of young adult books. Sound a little familiar? That’s the idea, with the producers clearly hoping such formula will attract an audience aching for screen adventure now that “Harry Potter” and “Twilight” have ended, and “The Hunger Games” is between installments. Thankfully, “Beautiful Creatures” has a little more on its mind than simply rehashing stale fantasy fodder, but the pressure to distill the 2009 book by Kami Garcia and Margaret Stohl proves to be trouble for writer/director Richard LaGravenese, who’s overwhelmed by the challenge once the film reaches its second half. Read the rest at Blu-ray.com