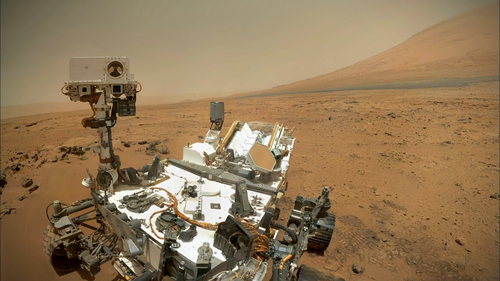 The quest to unlock the mystery of Mars has bewitched scientists for over 50 years, dating back to early probe discoveries of the 1960s. It's a planet of untold resources and possible life, yet exploring efforts with rovers have only managed to scrape the dust off the surface. Enter Curiosity, a behemoth of a rover that was launched in 2011 in an effort to send a machine skyward capable of doing a little more than to simply collect soil samples. Here was a work of engineering mastery, with drills, wheels, and cameras able to observe and tour Mars in ways previous thought unimaginable. And while the rover made its miraculous touchdown on the red planet in 2012, the story of Curiosity begins with its construction -- a concerted effort to build a machine durable enough to withstand the harsh elements of an alien landscape. Read the rest at Blu-ray.com