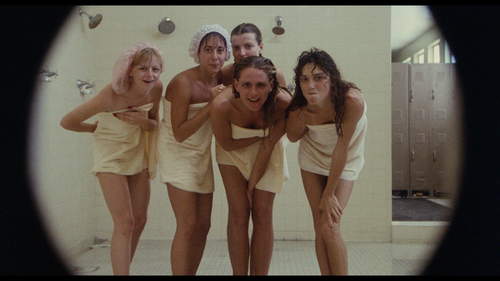 Part of the mystery of Hollywood is the general inability of anyone to predict a hit movie. Sure, there's a handful of blockbuster formulas that are often used to great success, but the general rush of box office triumph usually emerges from surprising titles. In 1982, the sleeper hit of the year was "Porky's," a little raunchy comedy that home studio 20th Century Fox didn't even want to release, yet the picture ended up as the fifth highest grosser of the year, just above such classics as "Star Trek II" and "Poltergeist." It was lambasted by critics and beloved by audiences, but why? Could it be that writer/director Bob Clark tapped into a vein of nostalgia much like George Lucas did with "American Graffiti," returning viewers to the eroding innocence of youth? Was it the evocative Floridian atmosphere of backwoods clowning? Maybe the compulsively silly performances were just that irresistible? Or was it the boobs? I'm guessing the latter, as "Porky's" isn't a very accomplished storytelling effort, wandering blindly around pranks and melodrama as it fights to find a higher purpose beyond being just another horndog teen feature. Read the rest at Blu-ray.com