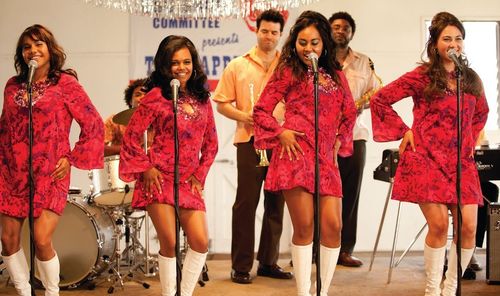 “The Sapphires” is such an earnest film with a distinct soulful beat, it’s easy to forgive its occasional heavy-handed screenwriting and abysmal third act. For the most part a cheery, pleasingly feisty musical comedy set during an era of powerhouse pop songs, the feature is almost too good to be true during the opening hour, delivering broad audience-pleasing moments while shaping amusing personalities, getting the movie up to speed with laughs and heavenly tunes. The party doesn’t carry to the end, but there’s enough gaiety and whirlwind plotting to sustain an upbeat attitude about the whole endeavor, even when director Wayne Blair seems utterly determined to exit the effort on a sour note. Read the rest at Blu-ray.com