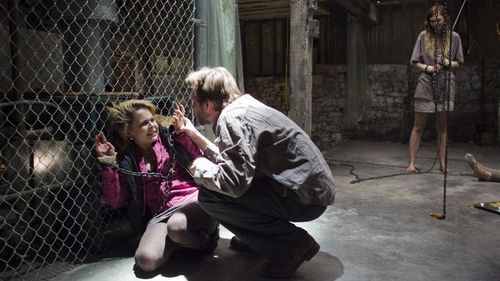 “The Factory” finally finds release after an extended period gathering dust on a shelf. Filmed in 2008, the production emerges from the wilted imagination of Dark Castle Productions, home base to such features as the ridiculous “Orphan” and “The Apparition,” one of 2012’s biggest box office bombs. “The Factory” is their worst effort to date, which I know isn’t much of a statement, but rarely has an exploitation thriller repulsed in a manner that seems entirely avoidable. Grotesquely misguided and conceived, “The Factory” asks viewers to sit patiently while all manner of ugliness is trotted out for the screen, chasing horror and procedural trends that are wildly out of date in 2013. However, its considerable age doesn’t excuse its carelessness and ugliness, which would’ve registered just as numbingly five years ago. Read the rest at Blu-ray.com