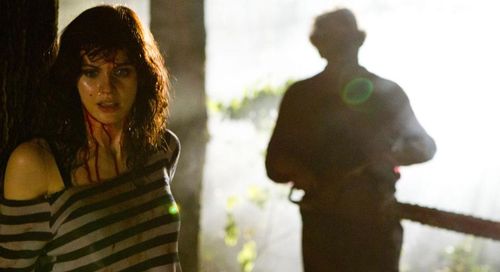 Numerous questions are raised after viewing “Texas Chainsaw 3D,” more than any cash-grab sequel/remake should rightfully leave behind. A brazenly idiotic production that doesn’t bother make any sense or deal directly with the screwball timeline it arranges for itself, the picture is basically a glorified DTV effort that lucked into a January release, displaying minimal interest in storytelling cohesion, passable performances, and grim occurrences. The “Texas Chainsaw Massacre” franchise has seen its fair share of brainless follow-ups and offshoots, yet this new production takes the cake in terms of absurdity, eagerly dispatching with coherence to rewire the tale back to its original elements, once again pitting a maniac with a chainsaw against his dim-witted, costume-challenged victims. Read the rest at Blu-ray.com