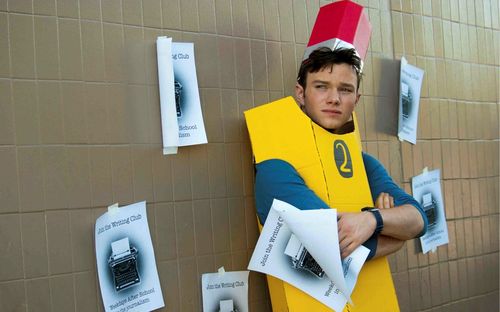 “Struck by Lightning” is Chris Colfer’s attempt to wake up his generation while they passively walk into limited futures. Known for his work on the television series “Glee,” Colfer is attempting to expand his interests and employability as the show declines in popularity, scripting himself a chewy leading role in a story that’s built around a Big Idea, yet doesn’t have the finesse to leave the crater-sized impact it’s seeking to create. Instead, the actor/writer/producer cooks up a host of half-realized ideas, flaccid comedy, and strident melodrama, looking to serve the goulash as adolescent illumination. It’s not exactly ambitious, but “Struck by Lightning” is a noble failure, with individual elements more interesting than the strangled, distracted whole. Read the rest at Blu-ray.com