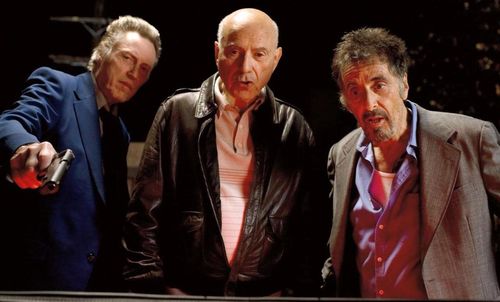 The teaming of Christopher Walken, Al Pacino, and Alan Arkin seems like a can’t-miss proposition, offering the screen legends a premise that allows for light comedy and heavy emotion, making the most out of this rare moviemaking event. And yet “Stand Up Guys” is the opposite of inspiring, wasting the talent on a dreary collection of random adventures and unimaginative tomfoolery, hoping the sheer radiation of ability is enough to fog the fact that the script never decides what it really wants to be. Mostly baffling with a handful of bright moments, “Stand Up Guys” is a bust that doesn’t know when to quit. In fact, it doesn’t really know when to start either. Read the rest at Blu-ray.com