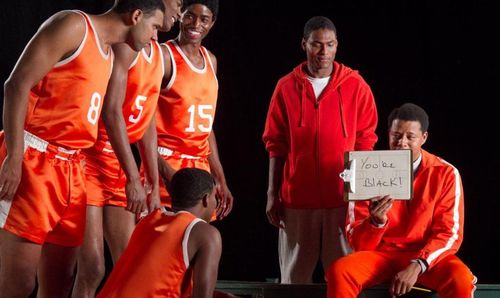 I have no idea what the title “Movie 43” means, but I do know what the picture is about. A series of sketches and commercials barely tied together with a flimsy wraparound story, the collection is intended to show off the zanier side of normally sedate talent, pushing Oscar-winners and more dramatically inclined thespians into taboo-smashing blasts of comedy, also making room for a few actors specifically known for their crudeness a chance to join the party. Stacked high with famous faces while the material is primarily bottom-of-the-barrel muck unfit for feature-length investigation, “Movie 43” looks to enchant with a proud parade of shock value, asking ticket buyers to delight in ugliness in the name of good fun. If this is “Movie 43,” I’d hate to see the previous 42 attempts at pronounced stupidity the production didn’t want to release. Read the rest at Blu-ray.com