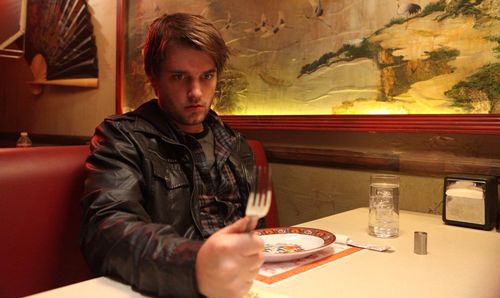 The title “John Dies at the End” is a clever one, at least before the film begins, promising a cheeky viewing experience with a boldly spoilerific title that presents quite a challenge to the production, tasked with keeping surprises when the very name of the effort gives away the twist. It’s quickly established that “John Dies at the End” isn’t going to be about a character named John, which is the first of many disappointments contained within the movie. I suppose one isn’t supposed take the picture so literally, but when the jokes are leaden, the fantasy mangled by cut-rate visual effects, and the performances rooted in sarcasm, there should be something here worth getting excited about, even if it is just a mischievous title. Read the rest at Blu-ray.com