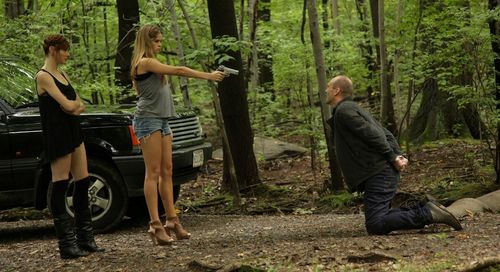 Feminism meets exploitation in Austin Chick’s “Girls Against Boys,” a particularly nasty revenge feature that attempts to explore a rattled psychological space as it indulges in murders and a few grisly acts of vengeance. It’s not particularly consistent or profound work from the “XX/XY” filmmaker, but the effort has a certain style that holds interest, scored to a throbbing range of soundtrack cuts that provide an electronic pulse to otherwise banal events. Sure to divide audiences with its fuzzy math and swing of the intellectual wiffle ball bat, “Girls Against Boys” is best appreciated as a sensorial experience, with the script successfully brushing against raw nerve endings of sympathy and rage. Read the rest at Blu-ray.com