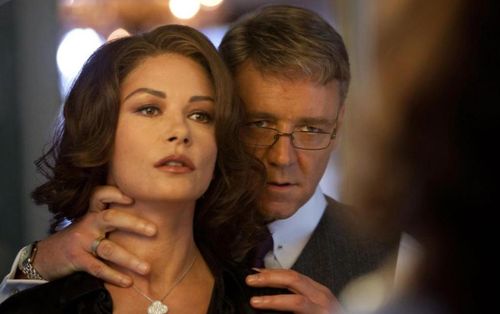 “Broken City” starts off with tremendous confidence, establishing a story that pits corrupt politicians against corrupt cops during an election season, with the future of New York City at stake. It’s Mark Wahlberg vs. Russell Crowe in a big screen battle of brawn, with director Allen Hughes creating an enticing web of lies to examine as the film unfolds. There’s promise here, and a satisfying opening act. And then the production begins to break down under the weight of its own ambition, laboring to make plot points stick and characters significant, eventually stumbling to a most unsatisfying close. In trying to super-size its suspenseful interests, “Broken City” becomes a broken record, hitting formulaic notes of fraud when the script is more convincing as a visceral study of men behaving badly. Read the rest at Blu-ray.com