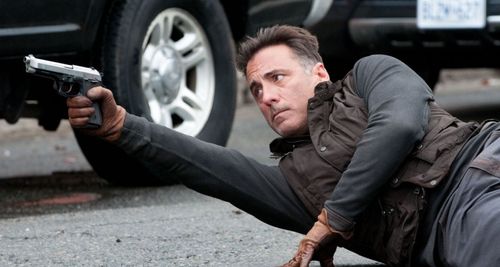 Released during the same period as Gus Van Sant’s “Promised Land” and its focus on the possible environmental disaster known as fracking, “A Dark Truth” also explores a little-known area of natural resource woe, covering the rise of corporations collecting control of water and land rights in struggling countries. However, instead of a respectful drama that preaches and teaches, “A Dark Truth” emerges as a political actioner, with star Andy Garcia spending his screentime wielding a handgun as his character sets out to expose evil. It’s a smart play to secure audience attention, but the effort is wasted on a dreary, formulaic picture. Read the rest at Blu-ray.com