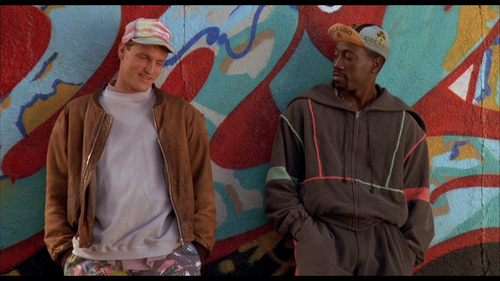 "White Men Can't Jump" is a lively movie, almost to a fault. Blessed with a provocative title, perfect theatrical release timing, and a commitment to the mischief of men conducting business on street basketball courts, the feature made a sizable impression when it was released in 1992, pulling in unexpectedly hearty box office returns while hinting at a bright screen future for the pairing of Woody Harrelson and Wesley Snipes. Audiences responded to the material's slack broheim attitude and attention to sporting detail, while its improvisational loquaciousness caught many off-guard, generating a rowdy atmosphere of put-downs and double-crosses, soaked in a distinctly urban Los Angeles atmosphere of desperation. Read the rest at Blu-ray.com