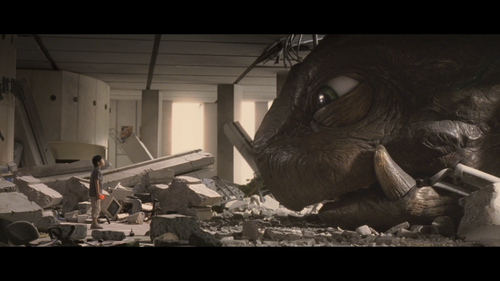 I'm sorry to report that my education in all things Gamera is sorely lacking. My only exposure to the longstanding film series (which kicked off in 1965) was though UHF viewings as a child, a time where the thrill of giant monster battle finds its greatest appreciation. And there's the exquisite tomfoolery of "Mystery Science Theater 3000," the brilliant cinema-roasting show that poked fun at five of the "Gamera" movies, exposing the inherent weirdness and shrillness of the franchise with a sublime sense of humor. "Gamera the Brave" is a 2006 revival of the character, which alternates between a celebration of the magic turtle's heroic exploits and a reboot of his cash machine potential, aiming the production squarely at younger audiences to secure future interest. Read the rest at Blu-ray.com