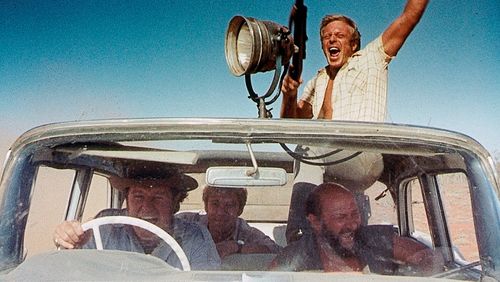 In 1971, “Wake in Fright” (also known as “Outback”) made its celebrated debut at the Cannes Film Festival, but it was a difficult feature, finding trouble collecting an audience in its native Australia, soon slipping into obscurity without television and home video releases to keep it fresh in the minds of movie fans. Over time, it was believed to be lost. Decades later, a print was located, polished up, and returned to glory, resulting in the reissue of powerful, frequently horrifying picture from director Ted Kotcheff, perhaps finally receiving the audience it deserves. Brutal, but in a deceptively causal manner, “Wake in Fright” submits one the sharpest depictions of Outback life I’ve come into contact with, imagining the vast land as a sun-baked prison from which there is no escape. Read the rest at Blu-ray.com