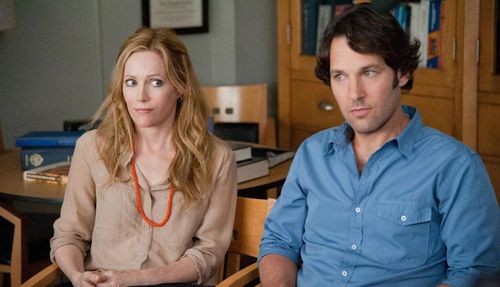 As everyone knows by now, when Judd Apatow decides to make a movie, it’s never a tidy, easy event, but an immense outpouring of sensitivities and improvisations. The director is more of a wrangler, picking the best moments of imagination and vulnerability to shape the viewing experience, leaving the end product formless yet filled with enormous laughs and a manageable level of heartache. A spin-off of his 2007 hit, “Knocked Up,” Apatow returns to the story of Pete and Debbie, hoping to expand on the claustrophobia of their marriage as it slams into the reality of the aging process. The results are uproarious and keenly observed, continuing Apatow’s satisfying quest to inspect itchy human behavior with a pronounced silly streak. Read the rest at Blu-ray.com