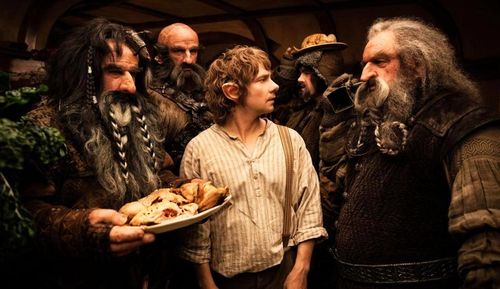 2001’s “The Lord of the Rings: The Fellowship of the Ring” was a genuine moviemaking risk. The first chapter of an expensive, unproven trilogy, the picture carried an extraordinary level of doubt alien to most features, with the fate of a studio and the career of director Peter Jackson tied to its success. But it hit, hit huge, becoming one of the biggest movies of the noughties, while commencing a bold fantasy series that helped to redefine epic filmmaking for an entire generation. At least the Extended Cuts did. We don’t speak of the Theatrical Cuts anymore. “The Hobbit: An Unexpected Journey” marches into theaters 11 years later, only now there’s a different type of pressure on the financiers and Jackson: expectations. They be a brutal mistress, matey, yet “Journey” manages the weight with some degree of grace, making sure longtime fans are sated while urging the prequel into directions unique to this new trilogy of hobbit and dwarf travel. So bust out the elf ears, heat up a square of lembas, and pack in the pipe-weed. It’s finally time to return to Middle-earth. Read the rest at Blu-ray.com