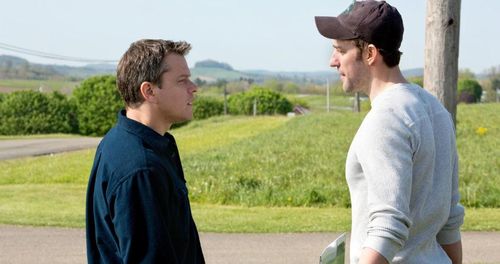 “Promised Land” is a film filled with unfinished business. Reteaming director Gus Van Sant with co-writer/star Matt Damon (after their work on “Good Will Hunting” and “Gerry”), the picture is a messy affair with a killer hook, bringing a critical environmental issue to the forefront without much of a game plan to dissect it. Convincing for the first two acts, “Promised Land” has an adequate grip on character and offers a slew of terrific performances. It’s an interesting movie, but never reaches the greatness or significance it imagines for itself, cursed with a dreadful conclusion that’s strangely non-committal considering all the passions swirling around the material. Read the rest at Blu-ray.com