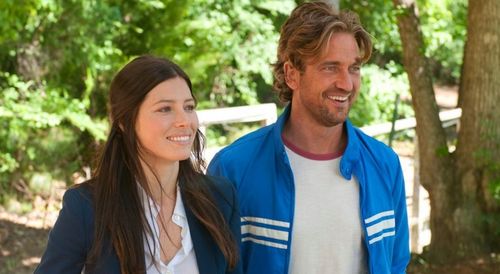 At this point, I’m positive Gerard Butler selects his scripts by blindfolded dart throw. There’s really no other way to explain why he, and a bevy of capable actresses, could be drawn to such a shallow, predictable hodgepodge of plasticized feelings and sitcom mechanics. “Playing for Keeps” has moments where its intent as a human story of yearning and regret is visible, but it takes a considerable effort to find, forcing ticket buyers to wade through abysmal dialogue and unfortunate performances to locate a few passably endearing moments. The rest of the feature is determined to chase nonsense, with the whole thing so awkwardly orchestrated, I’m surprised director Gabriele Muccino kept his name on the picture. Read the rest at Blu-ray.com