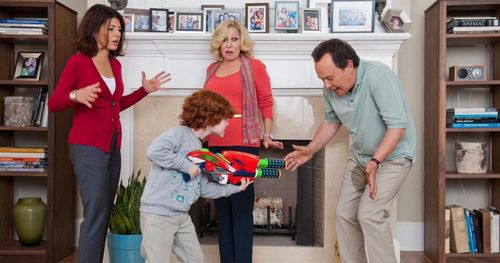 Billy Crystal hasn’t starred in a major motion picture since 2002, where he burned off considerable audience goodwill with the abysmal sequel, “Analyze That.” There was a bit part in the “Tooth Fairy” with Dwayne Johnson, but let’s not dogpile on the guy. Considering he’s been away from screen comedy for an eternity in Hollywood years, perhaps Crystal could’ve taken just a little more care with his return to the multiplex. Instead, he’s sprinted back to mind-numbing nonsense with “Parental Guidance,” an ugly, honestly baffling family comedy that repeatedly turns to the toxicity of bodily fluid humor to bang its comedic gong. I’d write that this is the worst production Crystal has been involved with this year, but we all saw the Oscars. Read the rest at Blu-ray.com