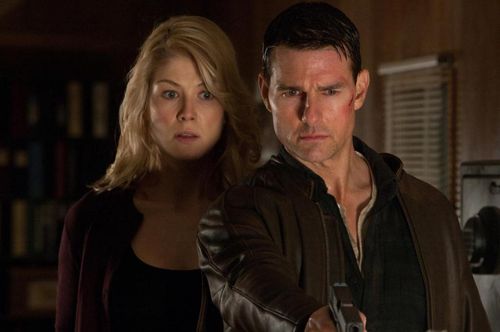 “Jack Reacher” is a different film than I was expecting. It’s a different film than many will be expecting, with the possible exception of those already engrossed in the Jack Reacher books by author Lee Child, but even the fanatics might be puzzled by a few of the new details required to turn a page-turner into a Tom Cruise starring vehicle. There’s a bite to the picture that’s most welcome, hitting with a surprisingly hard PG-13-level of violence that gifts the tale a cold stance of intimidation. But there’s also a story, and it’s a thick one, with motivations, last names, and vague supporting characters all vying for attention in an already crowded movie. “Jack Reacher” has moments of inviting escapism, but it’s also a mystery of debatable importance. In the end, writer/director Christopher McQuarrie makes an engaging feature, but often chooses the wrong elements to emphasize. Read the rest at Blu-ray.com