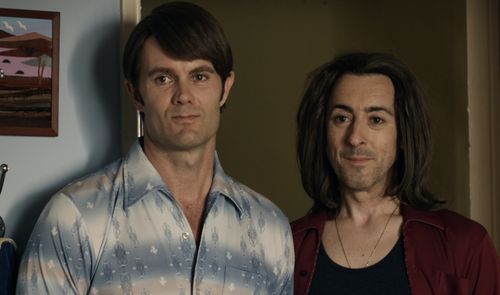 One would have to be a Grinch to be anything but a puddle of tears at the conclusion of “Any Day Now.” After all, it’s a potent story about human rights, set during a time when injustice toward the gay community was a common occurrence, finding those capable of great love shut down simply due to their sexual orientation. However significant the story, it’s difficult to swallow how co-screenwriter/director Travis Fine treats the effort, selecting a Very Special Movie approach for material that deserves nuance and patience, relying on shameless manipulation to communicate simple ideas on prejudice and parenting. Every melodramatic cliché is handed the white glove treatment in this maudlin misfire. Read the rest at Blu-ray.com