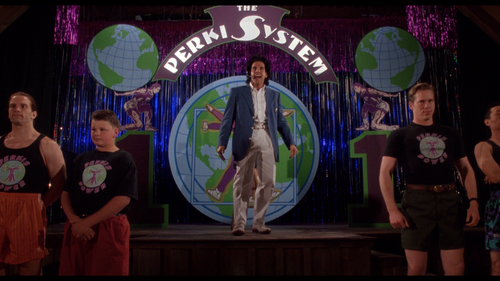 When "Heavyweights" opened in 1995, it bombed. It was an unsurprising fate for the feature, which was cursed with a ridiculous poster, a flaccid trailer, and a February release date, keeping the summer camp adventure away from more appreciative summer audiences. I caught the film during its initial theatrical release and was left a tad puzzled by the effort, watching the production stitch together a traditional Disney-style family film experience with an edgier comedic aim, keeping what should've been a forgettable matinee distraction interesting, dusted with a few sizable laughs. Read the rest at Blu-ray.com