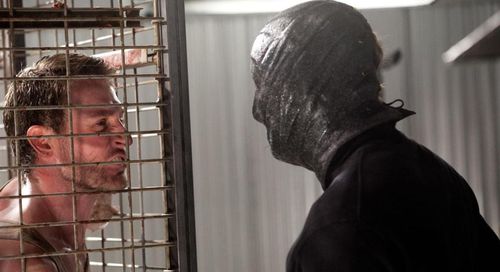 I wonder how many people outside of horror genre fanatics even remember the release of 2009's "The Collector." A low-budget effort slipped into the summer moviegoing season without much fanfare, the feature only attracted a small audience before it was shipped off to home video, where I presume it found its fair share of admirers. After all, over three years later, we now have "The Collection," a sequel that takes its job of continuation seriously, despite greeting potentially hazy memories at the multiplex. Vicious, loud, and shockingly short (72 minutes long), the follow-up only manages to match the scattered highlights of its predecessor, unwilling to challenge the proven formula the production orders up for round two. Read the rest at Blu-ray.com