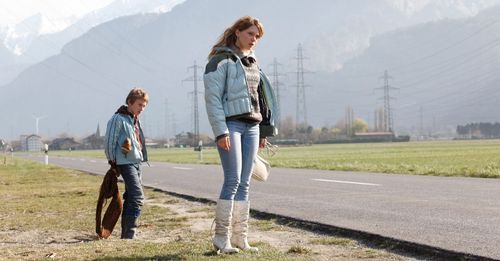 The easy move would be to compare the drama "Sister" to the 2011 feature, "The Kid with a Bike." Both pictures invest in the thinly-veiled agony of lost youth, following two boys as they deal with parental abandonment in aggressive yet painfully insular ways. While "Bike" was more demonstrative with its fits of pain, "Sister" takes a path of misdirection, conjuring an absorbing tale of thievery on the Swiss slopes while director Ursula Meier works her way into uncomfortable areas of truth and neglect. For the most part a distant film, "Sister" supplies a full behavioral experience that's riveting at times, with lead performances by Lea Seydoux and Kacey Mottet Klein communicating isolation in bravely vulnerable ways. Read the rest at Blu-ray.com