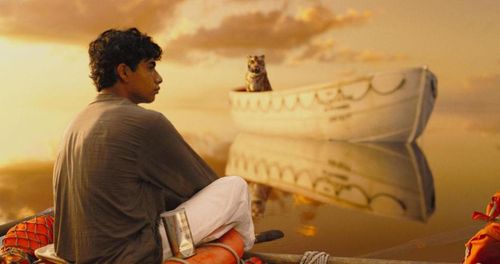 It’s difficult to label “Life of Pi” as soulfully nourishing, but it’s frequently amazing. A 3D adaptation of Yann Martel’s celebrated 2001 novel, the picture comes to life in ways the big screen hasn’t seen in years, taking the potential of a survival film to extraordinary heights of fantasy and spiritual meditation. It’s thrilling cinema, even if director Ang Lee doesn’t quite achieve a sense of thunderous enlightenment at the end of the effort. However, this deconstruction of storytelling remains a frequently mesmerizing, exhausting sit, highlighting some of the finest technical achievements of the year. Read the rest at Blu-ray.com