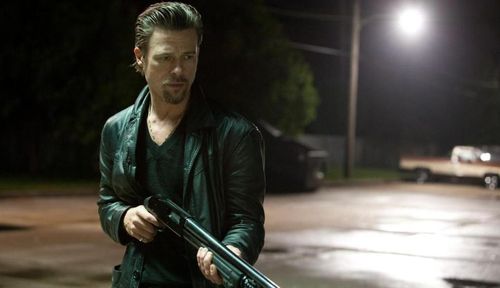 "Killing Them Softly" isn't your average hitman movie. It isn't your average heist picture. Heck, it's not really your average Brad Pitt starring vehicle either. Reteaming with his "The Assassination of Jesse James by the Coward Robert Ford" director, Andrew Dominik, Pitt assumes another role that's cushioned by an ample amount of atmosphere, never really requiring his full participation. Stylish and bleak, "Killing Them Softly" is also profoundly political, using the basic tenets of the mob genre to comment on the financial state of the nation, where even men who've devoted their lives to murder can't make a buck these days. Read the rest at Blu-ray.com